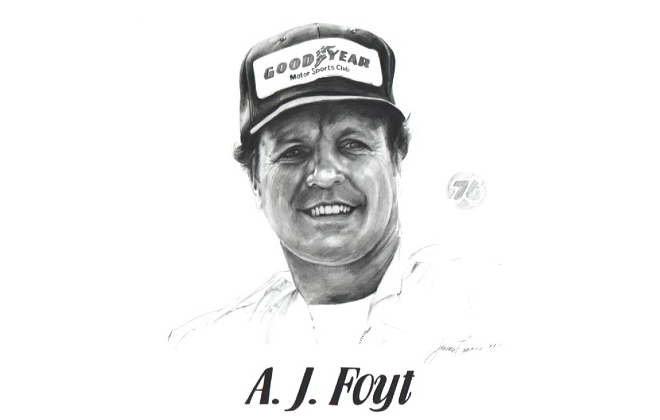 A. J. Foyt was born in Houston in 1935, and grew up around his dad’s racecars. Foyt decided at an early age that he wanted to drive a racecar, and by the time he was 18, he was winning on Midwestern racing circuits.

He went from there to sprint cars, then on to Indy Cars, quickly becoming a winner. He won the Indy 500 for the first time in 1961 at the age of 26. He won again in 1964 and 1967, and became Indy’s first four-time winner in 1977. For his career, Foyt won a record 67 Indy Car races, and captured seven Indy Car championships, also a record.

While he was dominating Indy Car races, Foyt took time to compete successfully in other venues, winning not only the Daytona 500, but also six other NASCAR races and 41 USAC stock car events. He also won 50 USAC sprint, midget and dirt races.

Foyt retired after the 1993 Indianapolis 500, but came out of retirement the following year to race in the inaugural Brickyard 400. He now owns two Indy Racing League (IRL) teams, and is fielding a team in NASCAR Winston Cup for the first time in 2000.