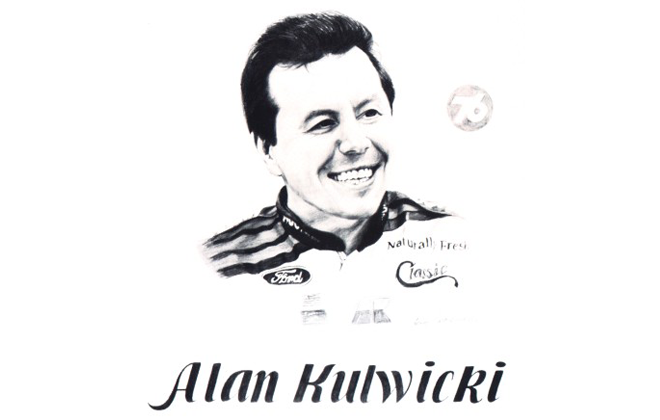 Alan Kulwicki, from Greenfield, WI worked his way up from the short tracks to become the first driver/owner to win the Winston Cup championship in more than a decade when he captured the title in 1992. Richard Petty, in 1979, was the last driver/owner to do so.

A successful competitor on the American Speed Association circuit, Kulwicki sold all of his ASA equipment (so he could not go back), and joined the ranks of Winston Cup competitors in 1986.

He won Rookie of the Year honors in ’86, and earned the reputation of a hardworking, no-nonsense competitor. His first win came in Phoenix in 1988, and it was there he made his first clockwise post-race lap, dubbed by the media as the “Polish Victory Lap.”

He won again in both 1990 and 1991, but 1992 was his biggest season. Kulwicki’s team won at Bristol and Pocono, but were 278 points behind with just six races left in the season. They had two seconds, a fourth and a fifth in the last six races, and took the title by ten points over Bill Elliott.

Kulwicki, the reigning Winston Cup champion, died in a plane crash on his way to a race at Bristol in April of 1993.