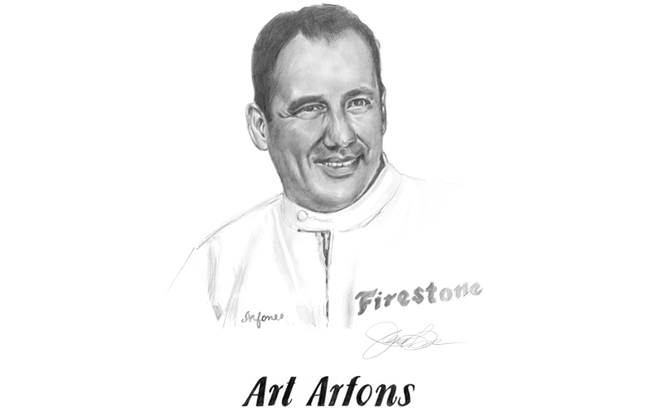 Although he is known for setting the unlimited Land Speed Record three times, Art Arfons made significant contributions to drag racing, tractor pulling and powerboat racing during a five decade career. Born in Akron, Ohio, Arfons began his racing career after witnessing a drag race on the runway of the Akron airport. Together with his stepbrother, Arfons pioneered the use of World War II aircraft powerplants in race cars during the 1950s. It was during this innovative era that Arfons contributed two important safety devices since made mandatory for drag cars: the overhead roll cage and the parachute. Arfons began racing jet dragsters in the 1960s with his top speed reaching 615 mph before losing a wheel and surviving one of the most violent crashes in motorsports history. In the 1970s and 1980s, Arfons influenced tractor pulls, turning it into a major spectator sport. He was inducted into the Motorsports Hall of Fame of America in 1991.