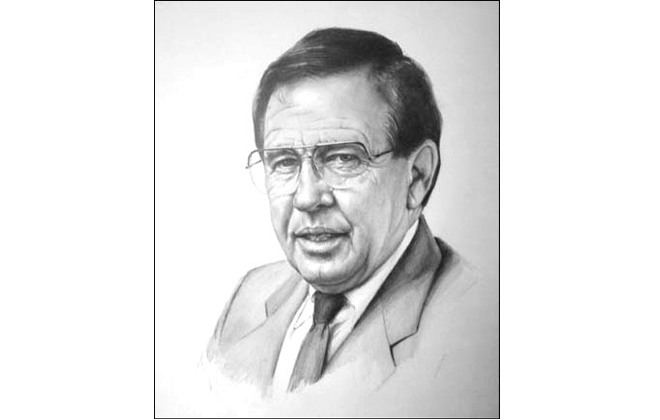 For more than a quarter of a century, it was the guidance of William C. France, known to the racing world as Bill France, Jr., that thrust NASCAR to the top of the professional sporting world. After taking the reins from his father, family patriarch Bill France, Sr., in January of 1972, Bill Jr. used his business acumen to take the family business to new heights. Other than the founding of NASCAR itself, Bill Jr.’s appointment to leadership is probably the most significant event in the history of the sanctioning body. As rule-maker, promoter, ambassador, and salesman, France has set the standard by which all other forms of motorsports are measured. He has taken it from a regional sport to a national sport, and nurtured its growing popularity on television, culminating in a record-setting $2.4 billion broadcast contract.  He handed the presidency of NASCAR to Mike Helton in 2000, and was succeeded by his son, Brian, as the CEO and Chairman of the Board in 2003. As of his induction in 2004, Bill France, Jr. and his brother Jim were co-vice chairmen of a six-member Board of Directors that also included Brian, Lesa Kennedy, Helton and George Pyne.