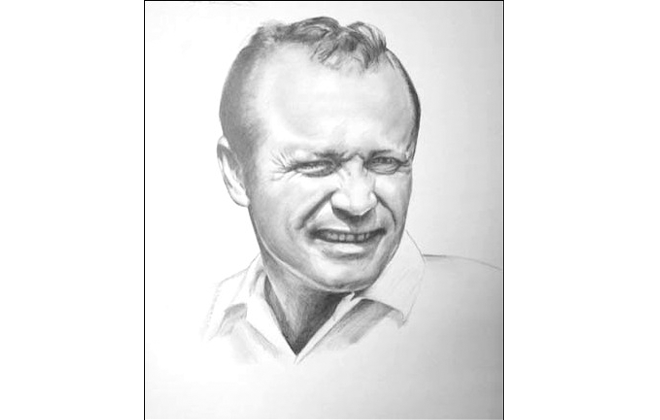 Bill Muncey posted 62 wins, more than any other competitor in the history of the sport, and won a record number of championships. In more than three decades of hydroplane racing, Muncey claimed eight Gold Cups, seven National Championships and four World Championships. His first win came in 1956 in Miss Thriftway, but his career really took off in 1960. During the next three years (1960-62), Muncey won 14 races, including six of seven in 1962. He won six of seven again in 1972, driving Atlas Van Lines V. And in 1978, at the age of 48, Muncey silenced those who considered him too old by winning five races in the legendary raceboat Pay ‘N Pak. He won seven times in 1979, and picked up five wins in 1980. His last win came in 1981 at Evansville. Later that year, at the age of 52, Muncey had a serious crash for the third time in his career, but this one claimed his life. Characteristically, he was leading when the crash occurred. Bill Muncey was, without question, the greatest hydroplane racer in history.