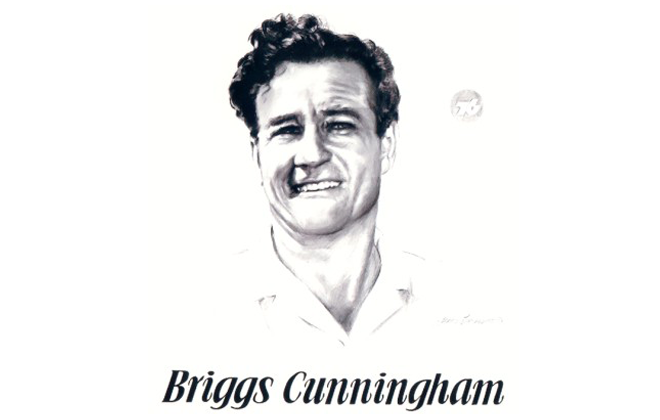 Briggs Cunningham was a great athlete who excelled in everything from bobsledding to golf to yachting, but his burning ambition was to build American cars with American drivers that could compete with the finest Europe had to offer. After World War II, Cunningham began racing and tinkering with sports cars, once putting a Buick engine in a Mercedes. In 1949, he hooked up with Phil Walters and Bill Frick, who had also experimented with engine swapping, and together they formed Cunningham, Inc. in 1950. For five years they built the preeminent U.S. sports car, with the high point being a 3rd place in the 1954 24 Hours of LeMans. After racing the Cunningham, he switched to Jaguars and in 1962, at the age of 55, he finished 4th at LeMans in an XK-E. Cunningham was one of the great patrons of sports car racing, providing cars for Walters, John Fitch and Bill Spear in the early days, then for Dan Gurney, Roger Penske, Bruce McLaren, Stirling Moss and others later on.