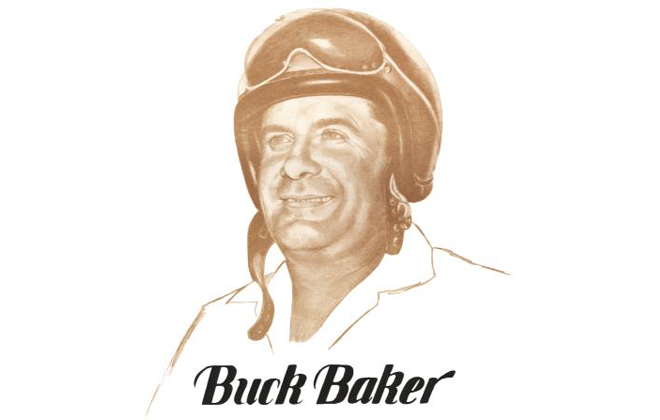 While a bus driver in Charlotte, N.C., Elzie Wylie Baker Sr. attended his first stock car race. He figured he, too, could be a driver because he had done it most of his life and those guys on the track were all going in the same direction.

But when he entered his first race, “a century ago” in Greenville, S.C., he was scared. “When I saw all those other drivers, I realized that they wanted to win that money just as much as I did,” Baker recalled. “But I didn’t have to worry. A tire came off my car and I was lucky I got it off the track.”

From that inauspicious beginning in 1939, Baker went on to become one of the greatest drivers in NASCAR’s history. He became a grandfather of the NASCAR heroes, winning as stock car racing went through its formative years.

Baker won the Grand National (now Winston Cup) championship in 1956 and 1957. He was second in the final point standings twice (in 1955 and 1958) and on four other occasions, he placed among the top five.

Baker ranks third in NASCAR starts with 682 and is 10th on the all-time victory list with 46. He won the coveted Southern 500 at Darlington (S.C.) Raceway three times – in 1953,1960 and 1964. In his final Southern 500 win, Baker displayed the value of his experience and knowledge to his younger peers. “Those youngsters go out there and set a record and clinch the pole position,” he said. “But what do you do if you wreck your car. That record doesn’t spend too well.”

And to prove his point, Baker drove a steady race, watched 31 other competitors be sidelined by wrecks and mechanical failures, and won by two laps.

By 1967, Baker had shifted to NASCAR’s Grand American division, where he was also very successful. In 1972, for example, he made an astounding 109 starts and won eight times.

Born March 4,1919 in Hartville, S.C., Baker’s longevity as a race driver defied the imagination. He continued to compete, if on a sporadic basis, well into the late ’70s. He is the living example of the rugged, daring type of man that became symbolic of the best in NASCAR.