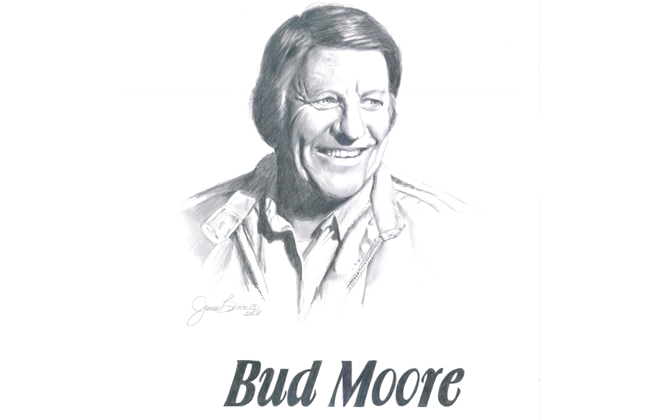 Moore was a car owner for some of the most successful drivers in NASCAR history. He won his first NASCAR Grand National championship as crew chief for Buck Baker in 1957. In 1961, Moore’s career jump started as a car owner for Joe Weatherly winning eight races that season. Moore went on to win two more championships with Weatherly behind the wheel. Dale Earnhardt Sr., Darrell Waltrip and Donnie Allison are just three of the many notable drivers who drove for Moore. During his 37 years as a car owner, Moore won 63 races and his cars sat on the pole 43 times.