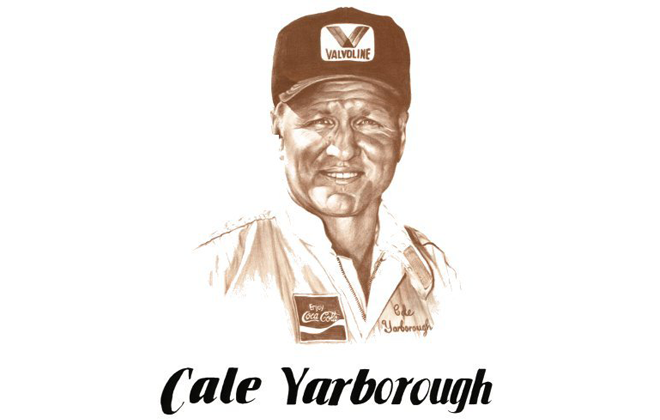 William Caleb Yarborough was born on March 27, 1940. in Timmonsville, SC. He initially tried his hand as a turkey farmer and a substitute running back on the Sumter, South Carolina Generals football team. Cale started racing in 1957, with a goal of becoming a NASCAR star. In five years there were 12 Grand National starts and only $535 in prize money. In 1965, Yarborough won once and finished in the top ten 34 times.

In 1966, he went with the Wood Brothers and by 1967, the legend was beginning to build. In Atlanta, Yarborough won his first 500 mile race. He went to Indianapolis, qualified the Bryant Heating Special for the 7th row in the Indy 500, then flew to Charlotte and won the pole in NASCAR’s World 600. 1968 was really Yarborough’s year as he won both Daytona races, the Atlanta 500 and the Southern 500. He continued to drive race cars and win races until October 4, 1988, when he announced an end to a driving career that spanned 31 years.

When he retired, Yarborough had logged 83 Winston Cup wins, 50 superspeedway victories and 48 superspeedway poles. He won three consecutive Winston Cup titles in 1976, 1977 and 1978. He was also the 1977 Driver of the Year.