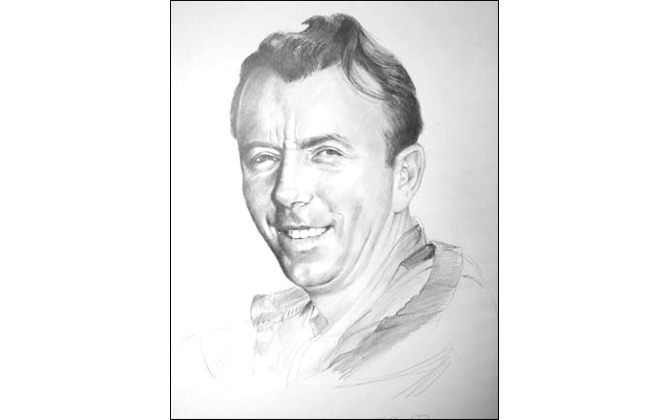 In a career that has seen him race in seven different decades, Red Farmer began racing in 1949 and won his first feature that year. Over the next 54 years, Farmer has continued to pile up the wins, taking more than 740 features on asphalt, dirt and superspeedways. Farmer won the NASCAR Modified championship in 1956, and then claimed three Late Model Sportsman (now Busch Series) titles in 1967-70-71. Four times he was voted NASCAR’S Most Popular Driver. He’s been inducted into the Talladega/Texaco Walk of Fame, the Alabama Sports Hall of Fame, and the Dirt Track Hall of Fame. Farmer was the 1999 recipient of the Alabama Governor’s Award, annually given to an individual or organization for their contribution to auto racing. Perhaps the most prestigious award that Farmer has earned was being named in 2000 as one of NASCAR’S 50 Greatest Drivers of all time. An original member of racing’s famed Alabama Gang, Red Farmer still races on local dirt tracks.