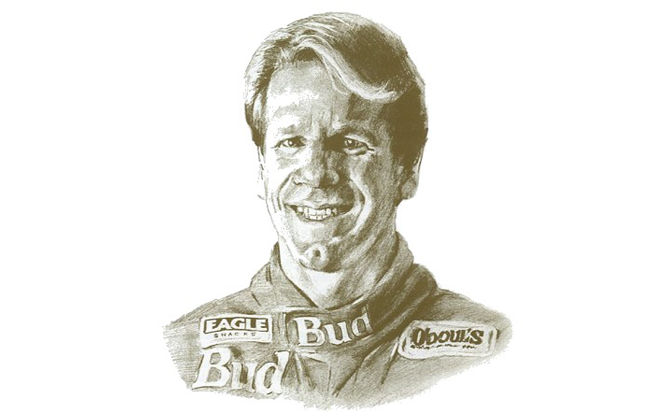 Chip Hanauer was unquestionably the greatest Unlimited Hydroplane racer in the world for more than a decade. The native of Seattle began racing boats while he was still in grammar school, moved through the ranks of the outboard hydroplanes and got his first ride in Unlimiteds in 1976.

Hanauer won for the first time three years later in the Squire Shop boat. In 1982, Hanauer won four races, including his first Gold Cup, and claimed his first world championship, feats that he repeated the next year. He continued his streak of Gold Cup victories until 1988, winning seven in a row. He also won his third championship in 1985. Back-to-back titles came in 1989-90.

In 1991, Hanauer traded water for asphalt and went car racing for Toyota. He won at Portland, but was lured back to boats in 1992 by Bernie Little, and won seven times, including his eighth Gold Cup, and his sixth championship. He won his seventh and final title in 1993, as well as another Gold Cup. Despite fracturing four vertebrae practicing for the 1994 Gold Cup, Hanauer came back three weeks later and reeled off three consecutive wins.

Hanauer finished his career with 61 wins, one behind Bill Muncey’s record total, and he won a record 11 Gold Cups.