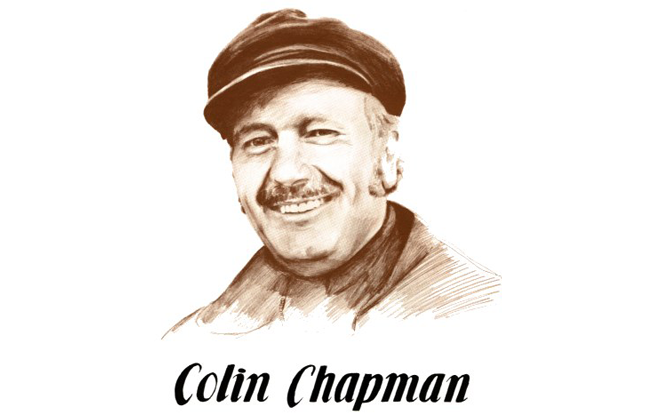 Born in a suburb of London, England in 1928, Anthony Colin Bruce Chapman built his first car at age 7, a soapbox racer with independent front suspension. In 1945 Chapman entered the University of London’s College of Engineering where he studied Civil Engineering. While in college Chapman built and raced his first Lotus. After a tour of duty with the Royal Air Force he developed his second Lotus which was followed quickly by his third, a 750 racer.