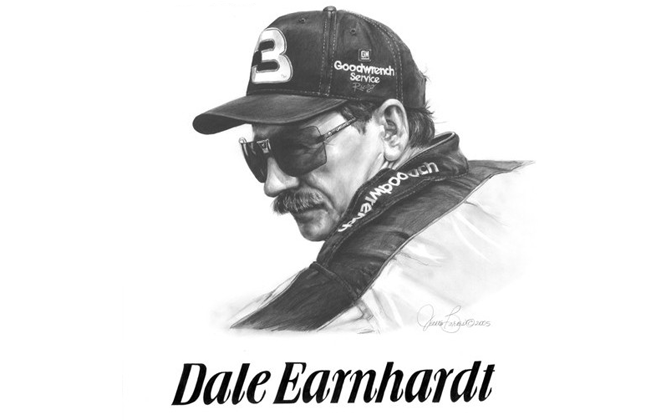 Three-time driver of the year recipient.

One of the most popular drivers in the history of racing, Dale Earnhardt earned his legions of fans with aggressive and sometimes unbelievable driving.   His career success includes seven NASCAR championships, 76 wins and 26 poles.  The domination he maintained includes 70 second-place finishes, 281 top-five finishes, and 428 top-ten finishes in 676 career starts.

Dale Earnhardt led more than 25,000 laps in 406 races, and received more than $40 million in winnings.  Earnhardt also won 21 Busch races.  He was successful in the IROC Series as well, with records in wins (11) and championships (4) against the best drivers in all forms of racing.  He won the Busch Clash six times and the Winston three times, both records.  He was named Driver Of The Year three times.

As a car owner, Earnhardt was just beginning to develop DEI, Inc. into a formidable racing operation.  In the Daytona 500, as he lost his own life, his two DEI entries raced across the finish line first and second.

It is agreed around the world that Dale Earnhardt was one of the greatest race car drivers ever.  Sadly taken from us on the last lap of the 2001 Daytona 500, he will always be remembered as “The Intimidator.”