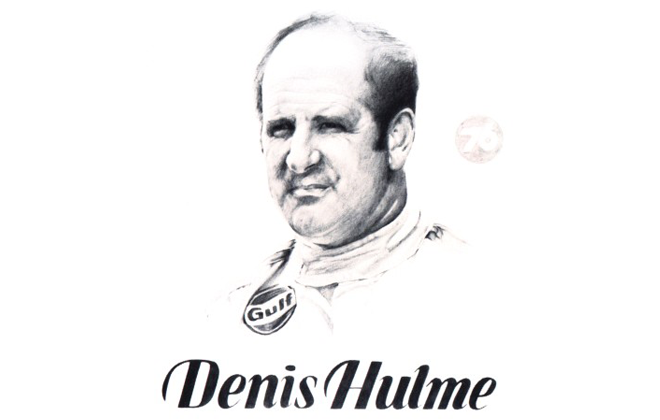 If it’s possible to sum up New Zealander Denis Hume’s racing career in one word, it would be “versatile”. Hulme could, and did, drive any thing, with a high degree of success. He raced and won in Formula One, Group 7 cars, Indy cars, sports cars and off road vehicles.

May and June of 1967 provided a prime example of his versatility. After winning the Monaco GP on May 1, Hulme raced Indy for the first time, finishing fourth and winning Rookie of the Year. In June he ran LeMans in a Ford GT, setting the fastest-lap-ever mark of 147.894. He also went on to win the World Championship that year.

During his career, Hulme teamed with some of the biggest names in racing, Jack Brabham in GP, Bruce McLaren in GP and Can-Am, Peter Revson in Can-Am. He posted eight Grand Prix victories from 1967-1973, and won 22 Can-Am races, capturing titles in 1968 and 1970.

At Brands Hatch in 1961, the year after he left New Zealand for England, he won a Formula Junior race in a Brabham car, the first-ever victory for Brabham.