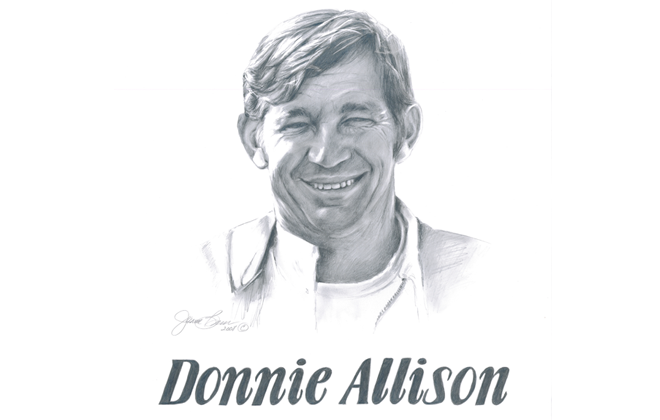 Allison is an original member of the “Alabama Gang”, beginning his career when brother Bobby told him he would never be a race car driver. He proved him wrong claiming the Grand National Rookie of the Year Award in 1967. Allison’s best career season came in 1970 winning three races and claiming 10 top fives in just 19 starts. Allison is also credited with a 1970 World 600 victory and a fourth place finish in the Indianapolis 500 the same month, taking the race’s Rookie of the Year honor. He is considered one of the best cross-over drivers in racing.