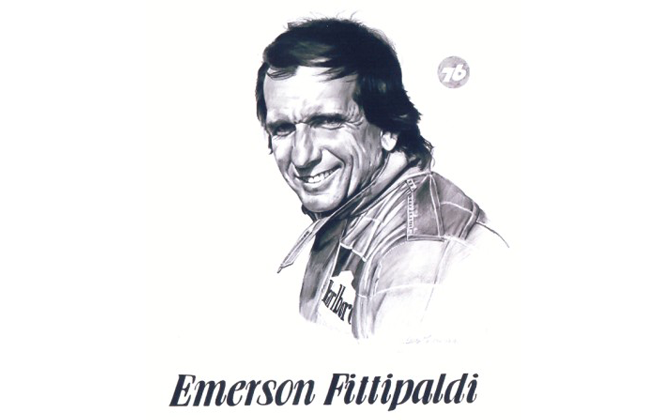 The son of a well-known Brazilian motor racing journalist, Emerson Fittipaldi, or “Emmo”, as his many fans knew him, had racing in his blood. In 1967 he designed and built a Formula Vee car for himself. With this car he won five of seven FV races that took place in Brazil that year, and placed second in the other two. In 1970 he had moved to Europe and finally graduated to Formula One by becoming the third member of the Lotus team. He won the United States Grand Prix clinching the first World Championship for his team leader, Jochen Rindt, who had been killed earlier that year. Fittipaldi won his first World Championship in 1972, making him, at age 26, the youngest World Champion in history. After coming in second in 1973, he claimed the World Championship again in 1974. Fittipaldi retired from Formula One in the ’70’s, but made a comeback in the IndyCar series in 1984. The comeback lasted 12 years and resulted in two Indianapolis 500 victories. His final career CART numbers include one championship, 22 victories and 17 poles out of 195 starts.