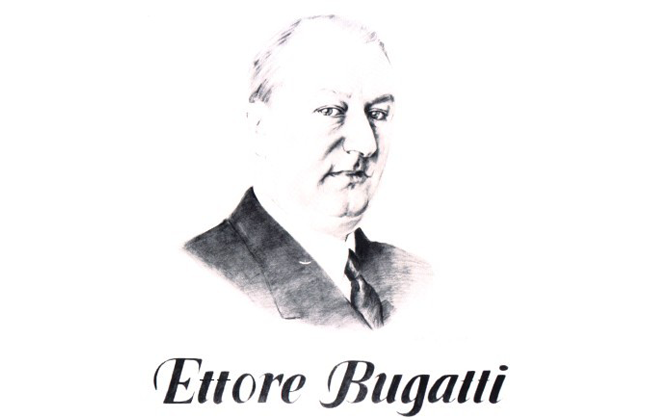 No vehicles have ever had such a dominance on the sport like the racing machines built by Ettore Bugatti from 1911 to 1947. Years of meticulously kept records were destroyed during World War II, but it is generally acknowledged that Bugatti-built cars won nearly 4,000 races during that period.

Born in Milan, Italy, Bugatti began his career as a designer for other companies, but opened his own company in 1909 and began building his own cars. His first win came in a 1.4 liter production car in 1911 at LeMans, with his business associate and friend Ernst Friderich driving.

Among his most famous cars were the Type 35 Bugattis, produced with four different engines in the mid-1920’s, the Type 59 that won three Grands Prix in 1934 and the 4.7 liter supercharged GP cars that were so successful in the late 1930’s.

Earlier, in World War I, Bugatti designed an aircraft engine for the French and their allies, a variant of which was built by Duesenberg that led to the Miller and Offenhauser engines of American racing.

Bugatti’s plans to build automobiles and aircraft to aid France in post-WWII recovery died when he did in 1947.