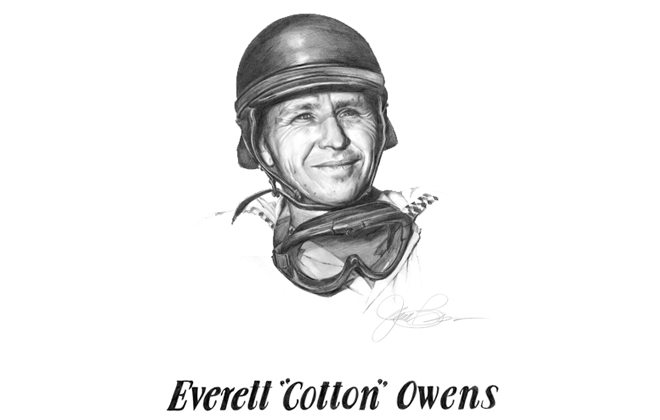 Known as the “King of the Modifieds,” Everett “Cotton” Owens won more than 100 Modified races during the 1950s before making the transition to the NASCAR Grand National Series. His first win came on February 17th, 1957, at the series’ premiere event – the road course at Daytona Beach. The win was also Pontiac’s first NASCAR victory. As a car owner and driver, Owens’ combined career statistics include 41 wins and 38 poles in 487 races. As an owner, Owens had some of the biggest names in the sport drive his cars over the years, including David Pearson, with whom he won the 1966 Grand National Championship; Buddy Baker, Pete Hamilton, Ralph Earnhardt, Bobby Isaac, Junior Johnson, Fireball Roberts, Mario Andretti, and Al Unser. He is a member of the National Motorsports Press Association’s Hall of Fame, and was named one of NASCAR’s 50 Greatest Drivers during the 50th anniversary celebration in 1998.