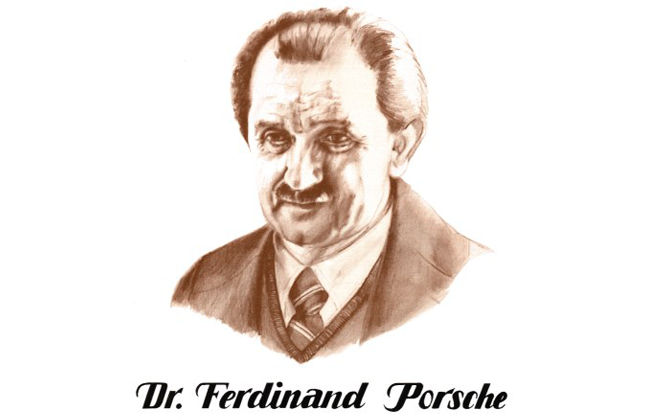 Dr Ferdinand Porsche was born in 1875 in Bohemia, and early on he devoted his time to things mechanical and electric.  When he was 15, his family was delighted to learn it had the second electrically lighted structure in town, for he had built a generator and everything else he needed, including the bulb, to light their house.

Porsche had a creative lifetime of some 40 years. Unlike most automotive engineers, he was amazingly diversified in his work: cars, trucks, aircraft engines, tanks and other military vehicles, windmills, motorcycles – the list is incredibly long

Of his more than 70 designs, some in particular stand out, such as the Prince Henry Austro-Daimler, the 38/250 Mercedes Benz, the P-wagon Auto Union Grand Prix car, the Volkswagen and the Tiger Tanks of World War II.

Stalin once invited the designer to Russia, ostensibly just to visit, but in reality to feel him out on the possibility of his becoming the Soviet Union’s minister of technology. There was no racing in Russia, though and Porsche loved racing, so he headed back to Germany and designed the P-wagon of 1932, a car noticeably like the racers of the 1960s and 1970s. It was a pacesetter that gave the mighty Mercedes Benz entries their foremost competition.

Porsche himself laid out everything in the Volkswagen (People’s Car), including the beetle shape, as early as 1931. The car was announced in 1938, when orders were taken at $400 each.

Porsche suffered a stroke and died in 1951.  Cars bearing his name are recognized as some of the worlds finest high performance passenger machines, and Porsches have made their indelible mark on the world’s racing courses, even through today’s incredible competition.