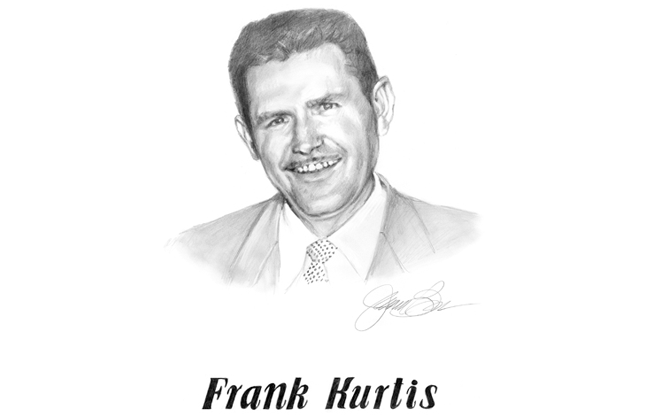 Though he never drove a race, Frank Kurtis’ cars crossed the finish line many times. Born in Crested Butte, Colorado, the young sheetmetal worker got his start in racing when he was hired by Tommy Lee and Willet Brown to rework the bodies of the Don Lee Racing Team midgets. He began producing his own midget chassis in the late 1930s and the rest is history. His Kurtis-Kraft, Inc. firm produced some 550 midgets in kit and “ready to run” forms. The combination of the Kurtis chassis powered by a smaller version of the famous Offenhauser engine was virtually unbeatable for over twenty years. Kurtis also built 128 Indianapolis cars including five winners. Frank Kurtis became the first non-driver to be inducted into the National Midget Hall of Fame.