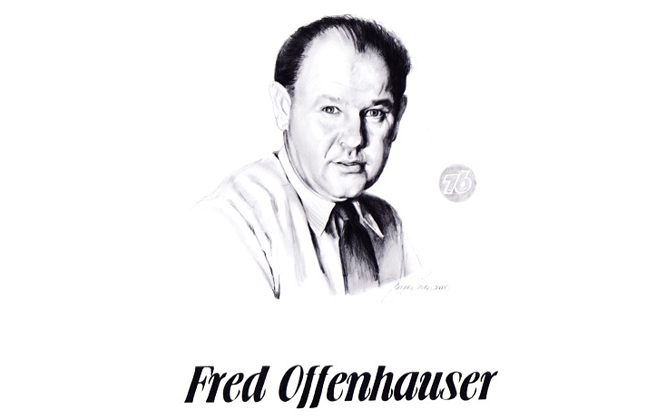 No engine builder, before or since, has dominated Indy Car racing like Fred Offenhauser did from 1934 thru 1960, a span of 27 years. During that period, his engines powered the winning cars in the Indianapolis 500 an incredible 24 times.

Offenhauser got his start working for another famed engine builder. Harry Miller. After gaining experience as a machinist and toolmaker, he joined Miller’s staff in 1913 as a designer. Working under Miller, he quickly mastered the skills and knowledge required to build or repair any part of an engine on any race car, foreign or domestic.

He was assigned many projects, among them the rebuilding of Bob Burma’s 1913 GP Peugeot for the 1914 season. Offenhauser also designed and built Barney Oldfield’s famous 1917 “Golden Submarine”.

In 1919, when designer Leo Goodness joined Miller’s staff, Offenhauser was promoted to plant superintendent and was placed in charge of production. He purchased the company from Miller in 1933 and then began producing the powerful four-cylinder racing engines that propelled two dozen cars to victory at Indy over the next 27 years.

The cigar-smoking Offenhauser preferred to remain in the background, making only infrequent trips to the race tracks on which his engines dominated.