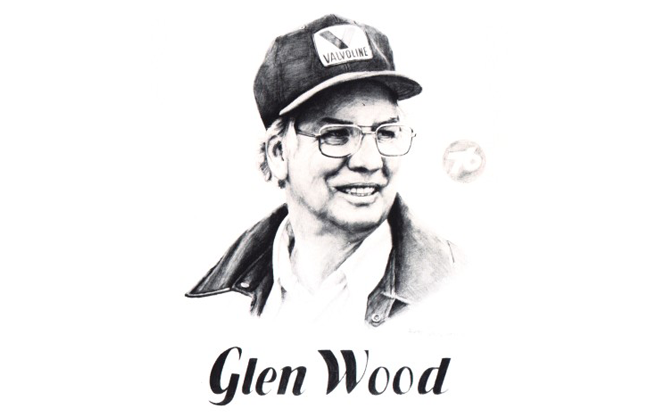 It was Glen Wood that brought the famous Wood Brothers team into racing, forming a team in 1950 to run Modifieds on dirt. Glen was nominated as the driver. What started out simply as fun quickly became serious business.

With Wood’s expertise behind the wheel the team was gaining recognition. In 1954, he won the North Carolina sportsman championship, and three years later he finished third in the NASCAR convertible division points.

In 1959, the likeable Wood was named NASCAR’s Most Popular Driver. Wood dominated the track at Winston-Salem, winning there three times in 1960. In his final year behind the wheel, Glen raced only the two Winston-Salem races, winning one and finishing 3rd in the other.

It was then he hung up his helmet for good and assumed the duties of crew chief for a list of drivers that reads like a “Who’s Who”, such names as Yarborough, Pearson, Foyt, Roberts, Turner, Weatherly, Panch and Lund. They also crewed Jim Clark at Indy in 1965.

Although his driving career was brief, Glen Wood is still counted among NASCAR’s 50 Greatest Drivers.