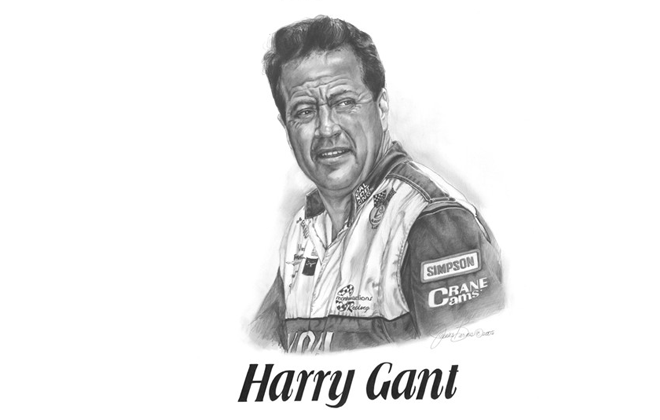 For more than three decades Harry Gant served the sport of racing by working hard, winning, and asking for very little fanfare.  A product of his small-town North Carolina roots, Gant had an old-school, no-nonsense approach to working and racing.

His strong work ethic helped him to dominate the NASCAR Sportsman (now Busch Series) series during the 70’s while still building housing to make a living.  He won more than 300 short track races, including 21 in the Busch Series.

In the early 80’s, he teamed with co-owners Burt Reynolds and Hal Needham, crew chief Travis Carter, Mach One Racing and Skoal to create the “Bandit” car.  This new partnership took Gant’s career to a higher level.   He was chosen to compete in the IROC Series several times, and won it all in 1985.