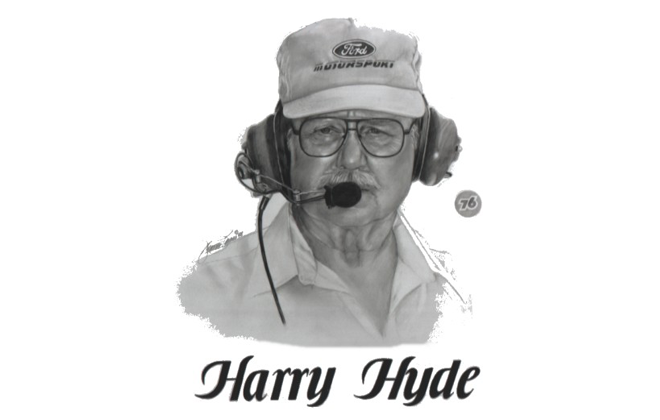 A native of Brownsville, Kentucky, Harry Hyde learned how to be a mechanic in the Army after he was wounded in fighting in the Pacific in World War II. He opened an auto repair shop in 1945, then drove for two years with some degree of success before deciding his calling was building cars, not driving them. It was then that he began dominating the bull rings in Indiana, Kentucky and Ohio.

In 1965, Nord Krauskopf tabbed Hyde as the crew chief of the new K & K Insurance team. Hyde moved from Kentucky to North Carolina and spent three years forming the team, which really began to jell in 1969. After settling on Bobby Isaac as their driver, the team dominated the short tracks and won 17 races in their powerful Dodges. They fell out of 18 races however, costing them the championship.

In 1970, they won 11 times in 47 races, grabbed 13 poles, had 38 Top Ten finishes and won the Winston Cup championship. Later that year, Hyde also directed Isaac’s record-setting run of 201.104 mph around Talladega, on November 24, 1970, a mark that stood until 1983 when Cale Yarborough broke it. For his tremendous accomplishments, Hyde was named Mechanic of the Year, and was inducted into the Mechanics Hall of Fame.

In 1971, the K & K team went to the Bonneville Salt Flats with Isaac as the driver and set 28 world speed records for different distances, many of which still stand today. Those records were set in a winged Dodge Charger Daytona that was the very first car donated to the International Motorsports Hall of Fame in 1978, five years before the Hall of Fame opened its doors.

Hyde was also the crew chief for Bobby Unser’s run up Pike’s Peak in a Dodge Dart Kit Car, setting a world record run for a stock car.