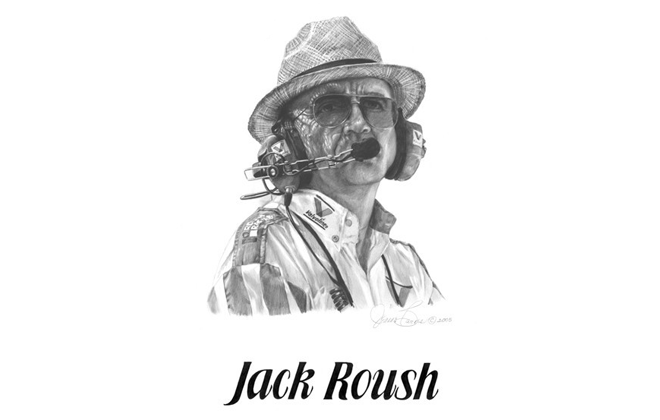 The success that Jack Roush has enjoyed in motorsports may well cover more different forms of racing than anyone else. Roush began his career at Ford, working in engine development, where he gained a fascination for Ford’s racing program, and also got involved in drag racing.

He quit Ford in 1969 to do development work for racing teams.  He teamed with Wayne Gapp in 1970 and over the next five years, the duo won one championship each in NHRA, IHRA and AHRA Pro Stock.

He also provided engines for race teams in other sports such as the Pike’s Peak Hill Climb and various powerboat and oval track series.

Roush got into GTX and GTP road racing in 1982, with such drivers as Kevin Cogan and Bobby Rahal, then in 1984 began an incredible domination of SCCA and IMSA.  He won the manufacturer’s championship for Lincoln-Mercury the first year, going on to win 119 races and 24 national championships since then.

He has also won the sedan class in ten consecutive 24 Hours of Daytona.

In 1988, Roush moved to NASCAR, where he has claimed championships in Cup, Busch and Craftsman Trucks, and has also made major safety contributions to stock car racing, including roof flaps.