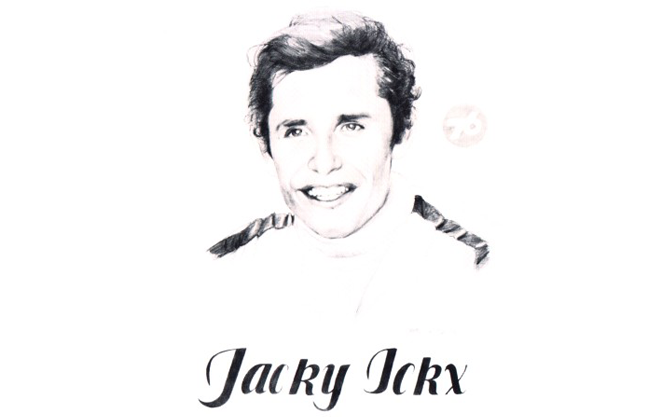 This talented Belgian driver began his career on motorcycles, and won the European 50cc championship at the young age of 12. He quickly turned his attention to 4-wheel racing, however.

By age 21, Ickx was driving one of Ken Tyrrell’s Formula 2 cars, and at 23, won his first Grand Prix in France in 1968 driving a Ferrari. In 1969, driving a Brabham, he won both the German and Canadian GP’s, and finished second to Jackie Stewart in points.

In 1970, back in a Ferrari, Ickx won the Austrian, Canadian and Mexican GP’s, and again wound up second in Formula 1 points, this time behind Jochen Rindt, who won the title despite being fatally injured in a crash at Monza before the end of the season.

Ickx posted victories in eight Grand Prix races during his career. He was also successful in sports cars and in endurance racing, winning LeMans a record six times and winning at Daytona, Sebring and Watkins Glen with co-drivers such as Mario Andretti, Derek Bell, Clay Regazzoni and Brian Redman.