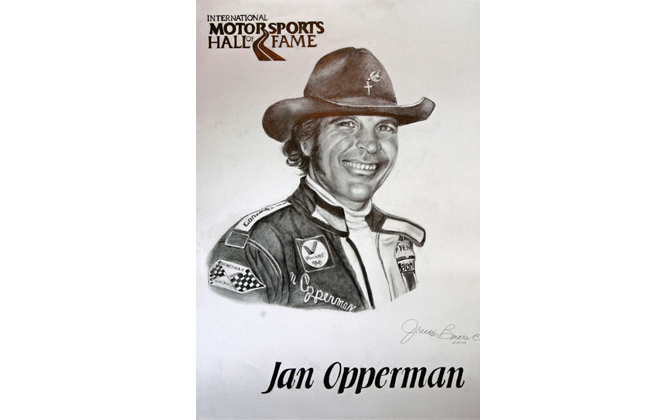 From the sprint car world, Jan Opperman is known to many as one of the original “outlaw” drivers before the development of the World of Outlaws series. Not one to run for points or championship, Opperman would travel the country driving at many tracks and for many different sanctioning bodies. One of his most prestigious wins would come in 1976; Opperman won the Hulman Classic at Terre Haute, IN which at the time featured many top sprint car drivers in the country and had several drivers in the field who would start the Indianapolis 500. He would also race twice in the Indianapolis 500 himself in 1974 and 1976.