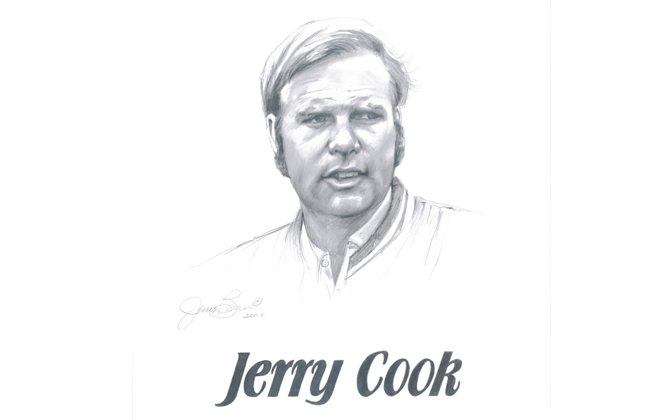 Jerry Cook is one of only a handful of drivers ever to win more than five driving titles in a single racing division, capturing six NASCAR Modified championships during the 1970’s. After two consecutive runner-up finishes in the Modifieds in 1969 and 1970, Cook won his first title in 1971, repeated the next year, was second in 1973, then reeled off four straight title wins ending in 1977. Since the points system then awarded points for every race, Cook raced 97 times during one championship year. During his run of championships, Cook finished in the top ten 81% of the time and the top five 60% of the time. After retiring in 1982, he became NASCAR’s full-time director of the Modifieds, the sanctioning body’s oldest circuit. Cook was named one of NASCAR’s 50 Greatest Drivers.