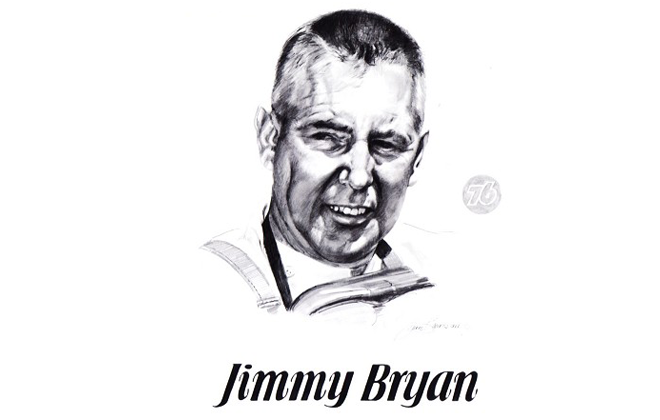 Jimmy “Cowboy” Bryan, who earned his nickname busting broncos before his racing career began, could, and did, drive almost anything with wheels. He won three AAA-USAC national titles, won the Indianapolis 500 in 1958, and was also considered one of the best dirt track drivers ever.

After four years of racing midgets and sprints, Bryan’s first big win came in 1951 when he surprised everyone by winning the Ted Horn Memorial at Williams Grove Speedway.

In 1954, his friend and mechanic Clint Brawner got Bryan a ride in the Dean Van Lines car. This combination would prove to be one of the most successful in racing history. He captured his first national championship in 1954, then won seven dirt races in a row in 1955, but lost the crown.

In 1960, at the age of 33, Bryan died in a first-lap crash at Langhorne, where he had posted two of his most notable victories.