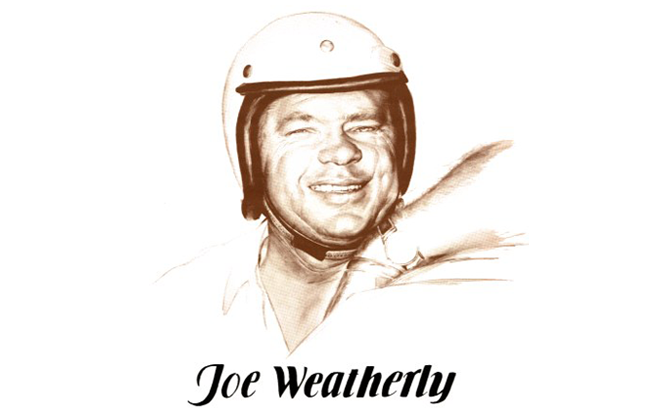 Joseph Herbert Weatherly was born on May 29, 1922 in Norfolk, Virginia. Weatherly had discovered motorcycles while in High School, and upon returning from the Army started racing them. Weatherly earned three American Motorcycle Association (AMA) Championships before he started racing stock cars in 1950. By 1953, Weatherly had won NASCAR’s Modified National Crown with more than 52 victories. In 1952, Weatherly switched to NASCAR racing and won 49 of the 83 stock car races that year. In 1953, Weatherly won NASCAR’s Modified National Crown with 52 more victories. In 1962 he won the NASCAR Grand National (now Winston Cup) Division Championship. In both 1962 and 1963, he won the “Rebel 300” at Darlington. Weatherly was the Most Popular Driver in 1961, and he won the National Championships in 1962 and 1963. Weatherly was killed in the race at Riverside, California on January 19,1964, but not before making his name as one of the greatest racing drivers in American history.