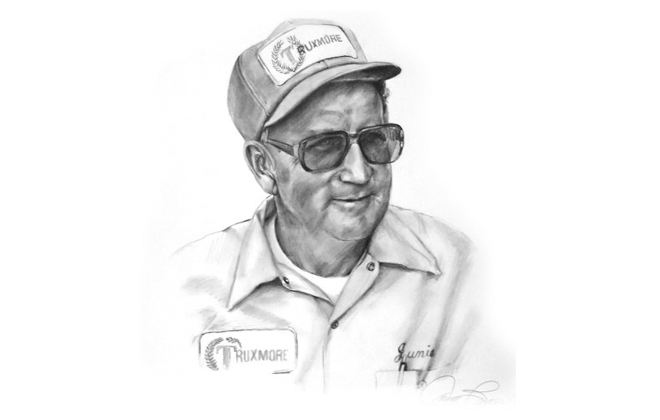 In his entire career as a stock car racer and owner, Junie Donlavey never strayed far from his Richmond, Virginia home, but his influence and reputation for giving drivers a chance to compete at NASCAR’s highest level were known far and wide. The number of famous drivers that have wheeled Donlavey’s No. 90 car would fill a record book, including Joe Weatherly, Tiny Lund, LeeRoy Yarbrough, Dick Brooks, Bobby Isaac, Fred Lorenzen, David Pearson, Johnny Rutherford, Harry Gant, Buddy Baker, Charlie Glotzbach and Ricky Rudd. It was, however, Donlavey’s willingness to turn his car over to rookie drivers that gained him the most notoriety.  Bill Dennis in 1970, Jody Ridley in 1980 and Ken Schrader in 1985 took Rookie of the Year honors in Junie’s No. 90.  Ridley finished fifth in the Winston Cup points in ’81, and also gave Donlavey his only Cup win at Dover. In all, 60 different drivers drove in Cup races for Donlavey before he closed his shop in 2005.