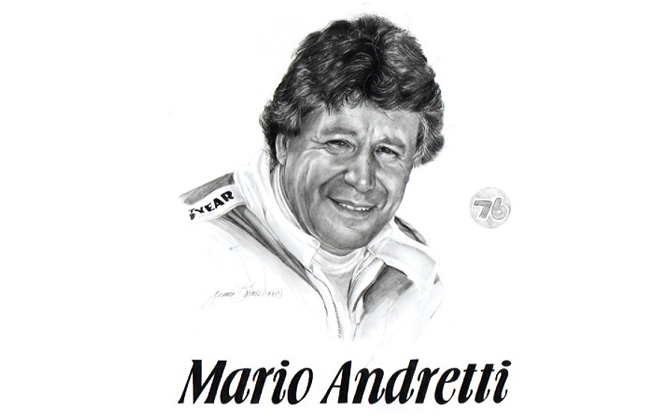 Mario Andretti is one of the most successful Americans in the history of racing. He is one of only two drivers to have won races in FormulaOne, Indy Car, the World Sportscar Championship and NASCAR. He has also competed in races in midget car racing and sprint car racing.

A year before leaving Italy, Mario and his twin brother Aldo made their way to Monza to the Italian Grand Prix. At that time, motor racing was the most popular sport in Italy. A few days after arriving in America, the brothers were astounded to learn that a racetrack was essentially in their backyard in Pennsylvania. The brothers began building their own racecars, learning the ins and outs along the way, and soon enough, they were racing.

Mario Kicks Off His Racing Years

Mario and Dee Ann Andretti were wed on November 25, 1961. The couple met in Pennsylvania where Dee Ann was teaching him English. The couple went on to have three children, Michael, Barbie and Jeff.

Talk About a Winning Steak

In 1965, he won his first race at the Hoosier Grand Prix and placed third at the Indianapolis 500, earning him the coveted Rookie of the Year award. Additionally, he also won his first Indy Car Championship that year, finishing with 12 top-four finishes, becoming the youngest driver to win that title. Andretti was only 28 years old.

In the late 1960s, Andretti was racing Indy Cars, Formula One and Formula 5000, winning in each. Andretti also competed in 14 NASCAR races during his career under the Holman Moody team, one of the most successful at the time. In 1967 Andretti won the coveted Daytona 500. To date, he remains the only driver to win an Indianapolis 500, Daytona 500 and the Formula One Championship. All in all, Andretti had 109 wins across major circuits.

In the 1970s, Andretti competed in F-1 with the American Parnelli team, winning 16 races and 12 poles. 1978 was his signature season under the Lotus team, where he won six times, cruising his way into the World Championship. In 1979, he was once again at the top of the charts, taking the International Race of Champions series. However, his return to Indy cars was imminent at the end of the decade.

In 1983, father and son teamed up to compete at the renowned 24 Hours of LeMans competition. Mario, his son Michael and Phillipe Alliot joined forces where they qualified and finished third. Father and son would continue their partnership at the end of the 1980s on the Indy Car series, marking the first father-son team in Indy Car history. Racing proved to be a family sport, and the family continued making history with four family members competing in the same race- Mario, sons Michael and Jeff and nephew John. The four raced against each other at the Indianapolis 500 in 1991, the same year Jeff was voted Rookie of the Year, joining brother Michael and Mario who won the same award in 1984 and 1965, respectively.

Andretti decided that the 1994 season would be his last as an Indy Car driver. His final race was on October 9, 1994 at Leguna Seca Raceway. With all of his accomplishments and accolades, Andretti was still missing one coveted award, the 24 Hours of LeMans. He made four more attempts at that race, winning the WSC class and finishing second overall in 1995.

Continuing His Passion for Racing

Andretti has entered retirement full-speed ahead. He is currently a spokesman, associate and friend to many top executives all over the globe. He currently works with Bridgestone Firestone, Mattel, Honda and GoDaddy, to name a few. He appeared in Disney’s “Cars” in 2006, starring as himself, a 1967 Ford Fairlane.

Mario Andretti was nominated into the International Motorsports Hall of Fame in 2000. His name will forever be synonymous with speed and winning. He remains one of the most respected voices in all motorsports.