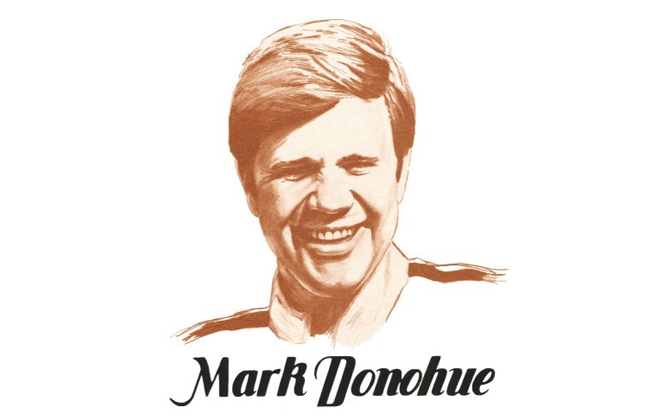 Mark Donohue Jr. was one of the most versatile racing drivers ever to compete. He won in sports cars, Indy Cars, stock cars; on oval tracks and road courses.

He was a two-time USRRC Champion, a three-time SCCA Trans-Am Champion, a Can-Am Champion, winner of the 24 Hours of Daytona, the Indianapolis 500 and a NASCAR Winston Cup race at Riverside, Calif.

Donohue began racing casually at the age of 22 in a 1957 Corvette. He got his big break in 1966 when he was given a ride with Walt Hansgen on John Holman’s Ford team in the Daytona Continental and at Sebring, Fla. Donohue and Hansgen finished third in the Continental, second at Sebring.

He was then signed by Roger Penske on a race-by-race basis for the USRRC and Can-Am series in 1966. Donohue won three times on the Can-Am circuit and finished second. in the final standings. In 1967, he swept six of eight races to win the USRRC crown and repeated as its champion a year later.

That same year, he drove a Camaro to 10 wins in 13 races to take the Trans-Am crown.

In 1970, the Penske team had forsaken the Camaro for the American Motors Javelin on the Trans-Am circuit and by 1971, Donohue dominated the competition to capture the championship.

In 1973, Donohue tried his luck at NASCAR. Armed with an American Motors Matador, he won the season-opening 500-miler on the road course at Riverside, Calif., beating Bobby Allison by a lap and giving American Motors its first NASCAR win.

Prior to his untimely death following a crash at Austria’s Ostreichring in 1975, he set the world’s closed course speed record of 221.160 mph at Alabama International Motor Speedway.