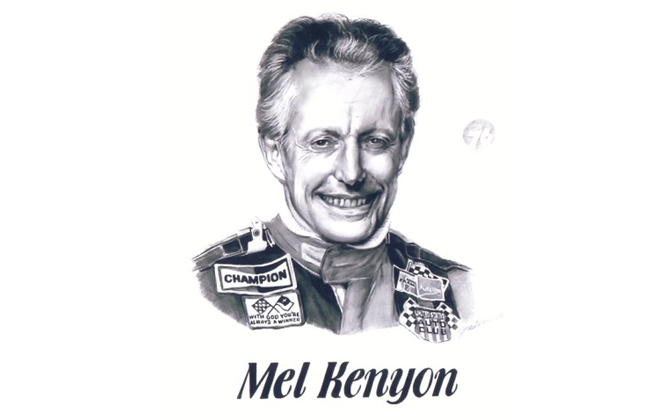 One of the greatest midget car drivers in history, Mel Kenyon started his career in modified stocks in 1955, then switched to midgets two years later. His first title was NASCAR’s Florida midget series in 1962, but he switched to USAC in the middle of ’62 and wound up 5th in that series. Kenyon was second in 1963, then won the first of his USAC titles in 1964. Kenyon had gotten a Champ car ride in ’65, but his career was seriously threatened by a wreck and fire in June. Kenyon returned to racing the next year, despite losing part of his left hand. He finished second in midgets, and also fought his way to 5th place in his first Indy 500. Kenyon won 17 of 49 features to claim the midget crown in 1967, then placed 3rd at Indy and won the Midget title again in 1968. His career included 111 victories and seven USAC Midget championships. Kenyon still races from time to time, and won the 1993 Indianapolis Speedrome Midget Car Series. The Mel Kenyon Classic for midget race cars at IRP was so named to honor him.