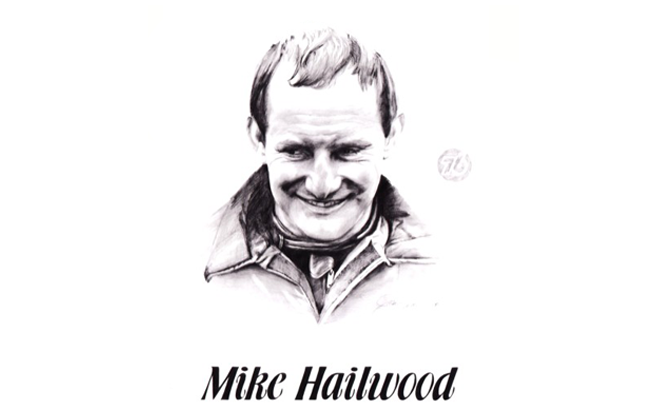 Mike Hailwood began racing motorcycles in 1957, and over the next decade, he won some 300 races and nine motorcycle championships, riding Triumphs, Italian MV’s and Hondas. By his own estimate, he set “about 220” race or lap records.

Hailwood drove his first four-wheeler, a Lotus, in 1961 at Silverstone, and crashed. For the next four years, he made infrequent and unsuccessful forays into auto racing, but he was used to winning, and returned to the bikes full time in 1965.

In 1969, Hailwood switched to cars again, this time for good, and raced the Formula 5000 series, winning at Brands Hatch and finishing 3rd in points in a T142 Lola-Chevy. In 1971, Hailwood was fourth in the Italian Grand Prix, and l5th in the U.S. GP, driving for John Surtees.

In 1972, still racing for Surtees, Hailwood won the Formula 2 European Championship, and finished 8th in Formula One points. He retired from Formula One after finishing 10th in points in 1974.