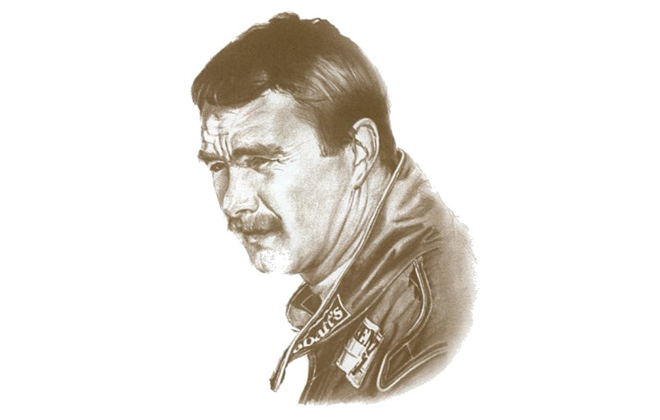 Nigel Mansell was one of the most determined and aggressive drivers ever to sit behind the wheel of a race car. Despite his uncanny ability to get every ounce of speed out of whatever he happened to be driving, his career was a mixture of struggles and success. Mansell won 32 Of 42 Formula Ford races in 1977, but broke his neck in a Formula Ford accident, then checked himself out of the hospital when he was told his career was likely over.

In 1979, Mansell and his wife sold their house to finance rides in four Formula Three races. His performance drew the attention of Lotus head Colin Chapman, who gave Mansell his first Formula One ride, even though Mansell broke his back in an accident late in the season. Five years with Lotus produced no wins, but gave Mansell valuable experience, and when he hooked up with Williams in 1985 his career took off. Following two wins in ’85, he began his run as perhaps the most dominant English Formula One driver ever.

The popular Mansell won five of 16 races in 1986, but lost the World Championship when a tire blew 18 laps from the finish of the season’s last race. He would win 14 times over the next five years, but was also sidelined with a dozen crushed vertebrae suffered in a wreck in Japan. In 1992, Mansell won nine of 16 races and grabbed 14 poles in a year that all but a few only dream about.

After he had clinched his first championship in September, circumstances conspired and fate had a hand in Mansell announcing to the world that he would run the following year in the U.S.-based CART series. Driving for Newman-Haas as a teammate to Mario Andretti, Mansell dominated the IndyCar Series with five wins and seven poles, and claimed the series championship. It is the only time in history anyone has ever won the two major open wheel titles in back-to-back seasons. Mansell slipped to 8th in points the next year, then returned to England and F1 in 1995. He retired after two races, but finished his career with 31 wins, third place on the all-time Fl win list.