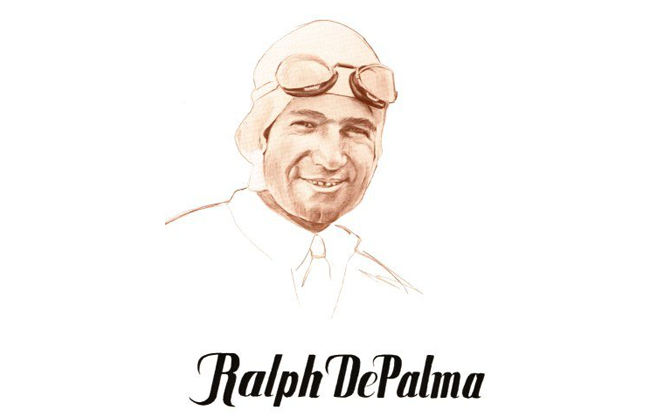 There are many names revered in motor racing circles, but among those which represent the true pioneers of the sport, none is more so than Ralph DePalma.

The word “legend” is tossed about freely when used to recognize those of singular accomplishments, but for DePalma, it is only correct to do so. He won about 2,000 races a remarkable figure including the Vanderbilt Cup, the Savannah Grand Prize, the Elgin, Ill., Grand Prix and the Indianapolis 500. His career spanned 25 years.

He was the consummate competitor, yet he remained a true sportsman. Lore has it that, after the 1913 Indianapolis 500, when his car was sidelined after just 13 laps due to mechanical ills, he told a reporter, “It’s the luck of the game.” Today, the phrase has been so oft-repeated it has become a cliche.

When chasing Caleb Bragg for the victory in Milwaukee in 1912, DePalma crashed heavily on the last lap. Taken out of the ambulance bleeding profusely and suffering internal injuries, DePalma said, “Boys, don’t forget that Caleb Bragg wasn’t to blame. He gave me all the road.” For such gallantry in defeat – and for his exciting victories – DePalma was vastly popular.

Born in Italy in 1883, DePalma came to the United States in 1893. He began racing soon after, becoming a dirt track king from 1908 through 1911 and was a national champion in 1912 and 1914. In 1914, he heat the great Barney Oldfield in the Vanderbilt Cup, run over the roads of Santa Monica, Calif.,in what DePalma called his greatest race.

Ironically, it was Oldfield who was unceremoniously hired by the Mercer factory team to replace a dumbfounded DePalma that year after DePalma had put the Mercer car through its paces a year earlier. DePalma vowed to best his rival at every opportunity and got his chance in the Vanderbilt Cup.

Racing a revived Mercedes Gray Ghost, DePalma suffered mechanical problems and only after the assistance of an associate who offered an engine bearing made of strong metal did he qualify for the race, some 40 seconds behind Oldfield.

Running a smooth, calculated race, DePalma moved through the field while Oldfield sped ahead. By the 13th lap, he was in fifth place.

On the 18th lap, DePalma assumed the lead when Oldfield pitted. When Oldfield returned, the battle was on and Oldfield took the lead on the 25th lap, just 10 from the finish. But there was one significant difference. Oldfield’s pressing driving style had worn his tires. DePalma’s were safe. However, DePalma slowed appreciably and signaled he was going to pit. Oldfield sped into the lead and then pitted the next time around, confident he had the race won.

However, as he sat in the pits, DePalma and the Gray Ghost sped by. DePalma had never pitted. With cold calculation and daring, he had won and beaten his rival.

He won at Elgin that year and followed that with his victory in the Indianapolis 500. However, perhaps more famous that his Indy win was his loss in 1912. It is depicted by DePalma and his mechanic, Rupert Jeffkins, pushing the Gray Ghost across the finish line – and to disqualification – as Joe Dawson whizzed by to take the victory. That image has done more to establish the 500 as a premier race than had DePalma won.

DePalma kept racing. As late as 1936, he was setting records in stock cars. He really didn’t need to do 50; his reputation was firmly established. But then, what else would one expect of a great racer?