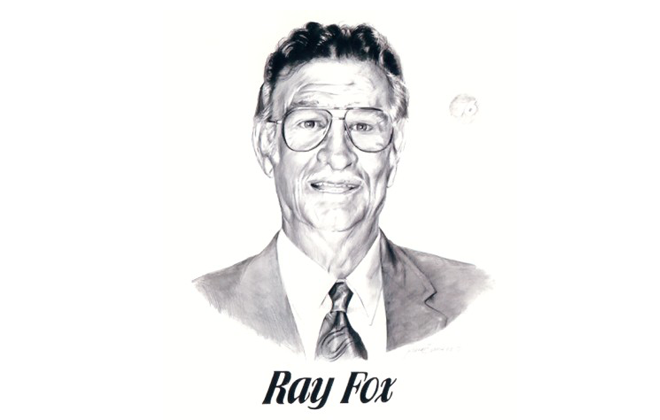 Ray Fox made many significant contributions to auto racing during his career, and what a career it was. Fox was a major player, not for just a few years, but for an entire generation. After coming south from Massachusetts to Daytona after World War II, Fox worked for a carburetor company and drove Modifieds in Florida and South Georgia. In 1956, he discovered NASCAR. From then on, he earned a reputation as a master builder of both cars and engines, an outstanding crew chief and someone willing to give a young driver a chance. Fox put Fireball Roberts in a winning Modified to show what he could do, and David Pearson won three races in his rookie year in a Ray Fox Pontiac. Junior Johnson took a year-old Fox-prepared Chevrolet and won the 1960 Daytona 500. Others who drove for Fox include Buck Baker, Marvin Panch, Lee Roy Yarbrough, Buddy Baker and Bobby Allison. In the late 1960’s, Fox acquired Holman-Moody’s old Airport shop in Charlotte and moved his family to North Carolina for a while. Fox finished his career as a NASCAR inspector after having moved back to Daytona.