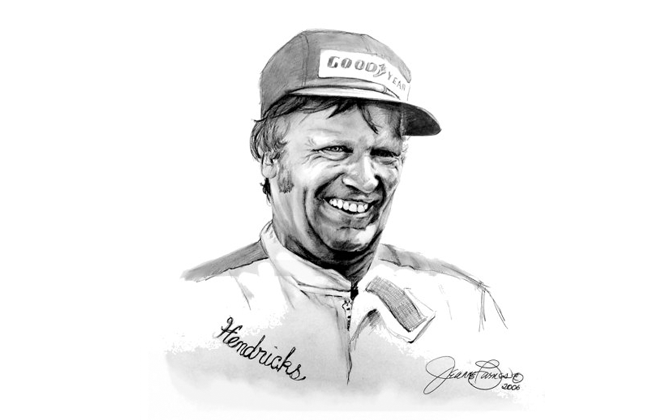 Ray Hendrick ranks as one of the greatest stock car drivers that ever raced consistently on the NASCAR Winston Cup/Grand National circuits.  His inclusion among NASCAR’s 50 Greatest Drivers attests to that.  The bulk of his more than 700 wins came in modified and late model sportsman racing.  Born in the racing hotbed of Richmond, Virginia, Hendrick quickly became a legend, winning everywhere from Talladega, Charlotte, Pocono, Dover, Richmond and Martinsville to Trenton, Beltsville, South  Boston and Metrolina.  He raced against, and beat, some of the best drivers in every major stock car series.  His closest brush with a national championship came in 1966 when he finished second in the national modified points. Hendrick filled his schedule by taking every good opportunity that presented itself to race in various series, and therefore never undertook a full-time campaign in NASCAR’s top series. Yet in his 17 Winston Cup starts, he posted two top 5s and six top 10s.