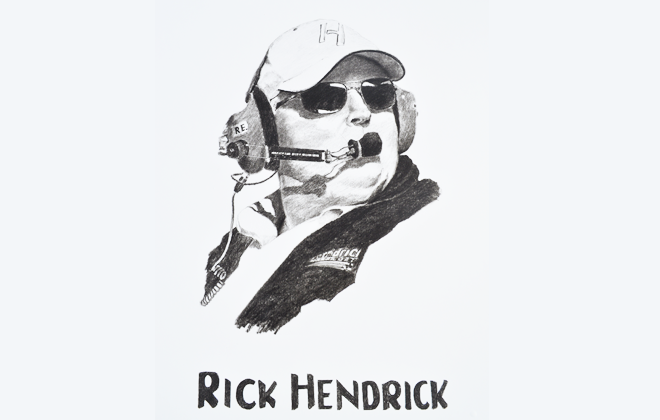 On his family’s tobacco farm in southern Virginia, Rick Hendrick’s father, “Papa Joe,” taught him about the value of hard work and gave Rick a passion for cars. But who could’ve known that passion and hard work would lead Rick Hendrick to become a 15-time racing champion team owner in NASCAR’s top divisions as leader of Hendrick Motorsports? Not only that, Rick Hendrick became a successful businessman opening the Hendrick Automotive Group

The Start of the Hendrick Automotive Group

At 14, he acted on that passion. He began setting speed records at the local drag strip with a 1931 Chevrolet he personally built. Two years later, he won the Virginia Division of an engine building contest sponsored by Chrysler-Plymouth.

While pursuing a co-op while attending North Carolina State University, Hendrick’s true passion led him to open his first used car lot. Within three years, Hendrick became the youngest Chevrolet dealer in the United States after opening Rick Hendrick Chevrolet. That momentum carried him to found Hendrick Automotive Group, which now has over 100 locations in the United States.

In the late 1970s, Hendrick started a drag-boat racing team that won three straight national championships and set a world record of 222.2 mph with his boat, “Nitro Fever.”

Hendrick soon transitioned to NASCAR. Starting in the Late Model Sportsman Series, he found success – Including a 1983 victory at Charlotte Motor Speedway with Dale Earnhardt Sr. behind the wheel.

But a partnership with legendary crew chief Harry Hyde marked a turning point and a step up to NASCAR’s top series. Hendrick founded All-Star Racing (Now Hendrick Motorsports) in 1984, with Geoff Bodine driving the No. 5 Chevy. NASCAR hasn’t been the same since.

In May 2012, Hendrick became just the second owner to reach 200 wins in the NASCAR Sprint Cup Series. He is second only to Petty Enterprises on NASCAR’S all-time Cup victories list and leads all owners in modern-era wins. Hendrick Motorsports has a total of eight Daytona 500 victories with five different drivers.

Rick Hendrick was inducted into the International Motorsports Hall of Fame as part of the class of 2013.