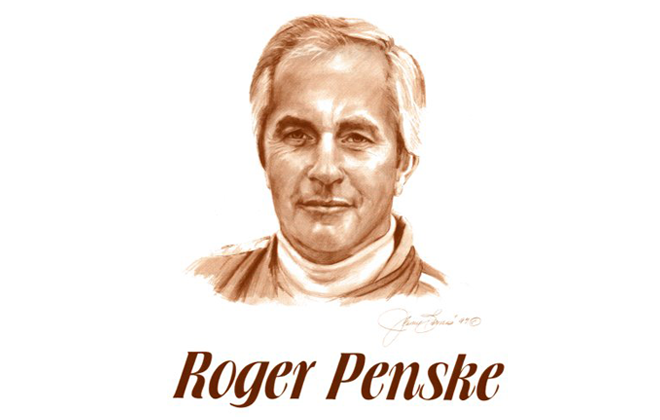 While Ohio native Roger Penske would go on to become one of the best known and most successful car and track owners in the history of motorsports, his driving record is also worthy of Hall of Fame status.

Using his self-imposed rule of setting his goals far beyond what he needed to achieve, and heeding his father’s words that he could have anything he earned enough money to buy, Penske bought, raced and sold-for-profit 32 cars in 10 years, among them an MG TD, MG TC, Chevrolet, Oldsmobile, Corvette, Porsche, Jaguar Cooper, Maserati and the Zerex Special. Racing became almost an obsession, starting at Akron Speedway, and followed by instant success in SCCA racing.

Penske bought an old RS Porsche in 1958 and raced it twice, but at Sebring in 1959, he realized it was outdated. He bought an RSK from Bob Holbert and used it to battle Holbent for an SCCA class title. Penske won F Modified in 1960, and bought a Cooper and a Maserati in 1961, got Zerex as a sponsor, and won three nationals in a row His first win was at Vineland, NJ, in a Maserati dubbed the Telar Special. He also set an all-time race record speed in a win at Road America.

After graduating from Lehigh University and going to work for Alcoa, Penske built a Cooper-Climax with an aluminum body, and went racing professionally. In 1962, he drove Monaco with this car, and Sebring with a Cunningham. In 1963, he became D Modified champion, winning more than $20,000 with the Duralite Special.

That set the stage for Bahamas Speed Week of 1964, and what was to be Penske’s finest hour as a driver. First, he won the Nassau Tourist Trophy in a Corvette Grand Sport, then drove a Jim Hall Chaparral in relief of Hap Sharp and won the Nassau Trophy over Bruce McLaren, Dan Gurney and A. J. Foyt.

It was the Governor’s Trophy race, however, that established Penske as one of the very best. He battled Foyt and Wait Hansgen all afternoon, beating Foyt on the final lap. Just when it seemed he was destined for greatness, he retired from driving in 1965 at the age of 28 to devote all his time to the business end of racing.