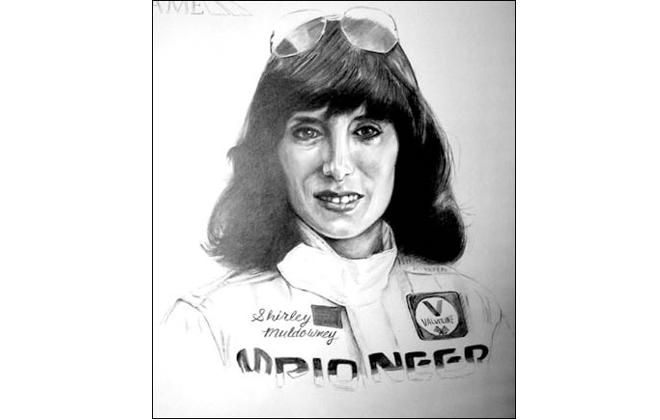 As a teenager in upstate New York, Shirley Muldowney became enamored with the sport of drag racing in the 1950’s. She earned her NHRA license in 1965, spent five years match racing, then entered Funny Car competition, winning her very first Funny Car race. She also won her first IHRA race that same year. In 1974, she switched to the Top Fuel Class and in 1976 won her first national event. A vicious crash in 1984 nearly ended her career, but she battled back into a race car in only 18 months, winning the AARWBA Comeback of the Year Award. For her career, Muldowney has won three NHRA Winston World points championships in Top Fuel (1977, 1980, 1982), and another one in IHRA in 1981. She was named to drag racing’s All-American team five times, leading the voting on two occasions. She has been honored by the United States House of Representatives and by the United States Sports Academy twice.