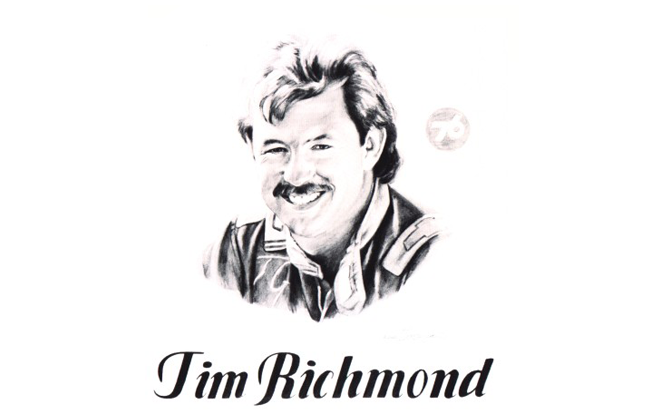 Tim Richmond, a native of Ashland, Ohio, began his career in open wheel cars, racing USAC sprints and the Silver Crown Series. He moved up to Indy Cars in 1980, and won Rookie of the Year honors at the Indianapolis 500 that year

However, his greatest fame and stardom came in stock cars. He drove five races for D.K. Ulrich in 1980, then won Rookie of the Year honors in 1981. His first two wins came in 1982, driving for J.D. Stacy. Racing for Raymond Beadle’s Blue Max Team in 1983-85, he won twice and finished second five times.

In 1986, when he joined Hendrick Motorsports, Richmond and crew chief Harry Hyde got off to a rocky start before mutual respect set in and they began to win. In the last 17 races of 1986, they won seven times.

However, by early 1987, a virus arose that was to claim his life two years later. Tim ran eight races that year, winning at Pocono and Riverside, but raced for the last time at Michigan in August.