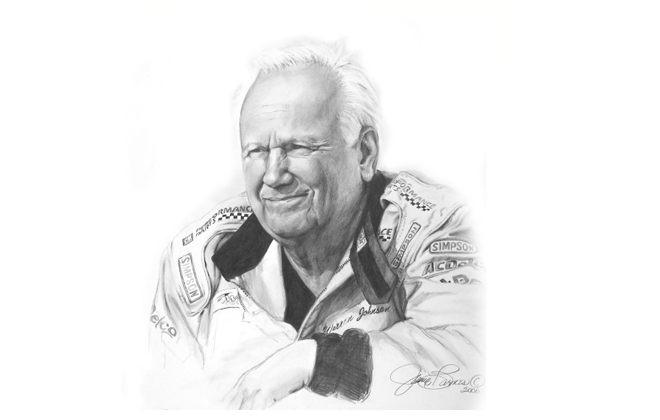 There very likely has never been anyone else in the history of drag racing that studied every aspect of the sport like Warren Johnson does, and it has paid off handsomely for the Minnesota native known as “The Professor.”  Johnson has posted the most wins (96) of any Pro Stock driver in National Hot Rod Association (NHRA) history, placing him second on the all-time win list behind John Force.  Johnson, whose Pro Stock career began in 1972, has won a total of six Pro Stock championships, including back-to-back titles in 1992 and 1993, then again in 1998 and 1999, with his sixth and most recent coming in 2001.  Johnson was the first Pro Stock driver to eclipse the 180, 190 and 200 mph marks, the latter coming in 1997.  In 2001, Johnson was chosen No. 7 on the NHRA’s 50 Greatest Drivers list.  The Professor has an active streak of at least one final round appearance in 24 consecutive seasons, won at least one race a year from 1982 to 2003 and has surpassed the 800 mark in career round wins.  His intensity and focus are best summed when he lists his hobby as “work.”