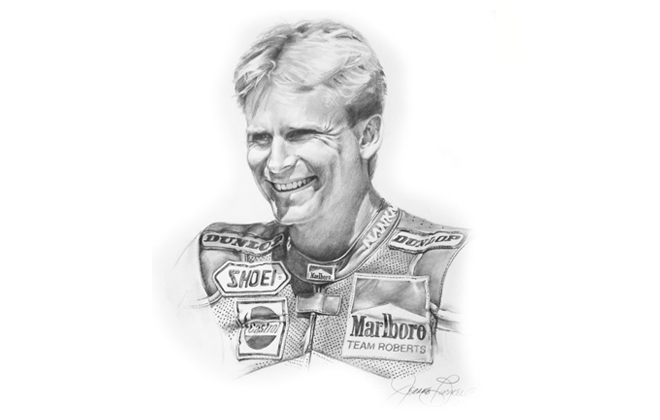 Born into a racing family in the Los Angeles suburb of Downey, Calif., Wayne Rainey began racing early.  His transition from minibikes to junior dirt tracks to the professional ranks was swift, and in 1979, at the age of 18, he joined the American Motorcycle Association (AMA) Grand National circuit.   He quickly found his true talent on the paved tracks of the AMA Superbike Series.  In his rookie season, Rainey placed third in the final standings, and went on to win championships, in 1983 and 1987.  Then, in 1988, he moved to the 500cc class where he continued his dominance by winning 24 world championship races in six seasons and capturing the World Championship title in 1990, 1991, and 1992.