Renowned artist Steve Skipper, who has made a career of capturing sportspeople and incredible moments in sports with a creative eye and exacting style, has graciously donated a portrait of legendary Alabama racecar driver Davey Allison to the International Motorsports Hall of Fame.

Depicting Davey during his pre-race meditation, “The Prayer” captures the essence and character of one of the most beloved drivers in NASCAR history. The International Motorsports Hall of Fame is honored to add this Davey Allison portrait to our collection.

With no formal training in art, Steve Skipper gives all glory for his gift and every opportunity he’s had to his Lord and Savior, Jesus Christ. An ex-gang member and drug addict transformed by the unparalleled hands of Christ into a fine artist with international exposure and respect. Specializing in oils, pastels, acrylic, and pencil, the diversity of mediums has been something special in Steve Skipper’s portfolio.

He is the first African American to complete Artwork sanctioned by NASCAR, the University of Alabama, PGA, and PBR. Skipper has held unveilings at The MGM Grand and Monte Carlo of Las Vegas and Chelsea Peers of New York City. 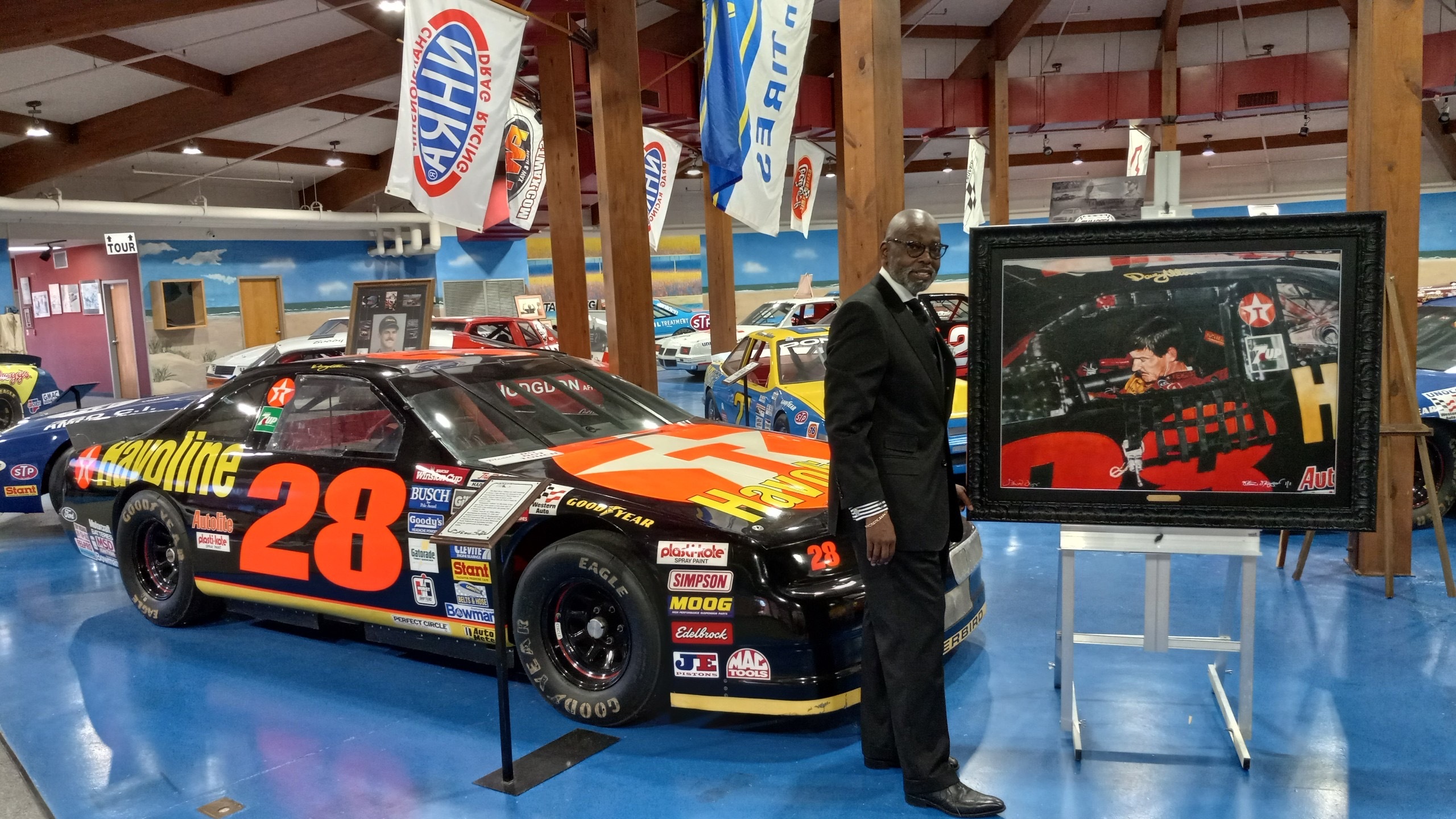 In a career cut short by a helicopter crash in the infield at Talladega Superspeedway in 1993, David Carl “Davey” Allison won 19 NASCAR Winston Cup races, claimed 14 poles, and won over six million dollars.

Davey is the son of International Motorsports Hall of Famer Bobby Allison, and he worked in his father’s shop after school and on weekends. Davey started his own racing career in 1979 at the Birmingham International Raceway, where he finished fifth. Not long after, on May 5th, he won his first race. This win wouldn’t be his last.

Davey Allison’s honors include the AARWBA Comeback Driver of the Year, Maxwell House Sprint Award, McDonald’s All-Star team, and NMPA Driver of the Year, all in 1992. In 1991, he was named Super Ford Magazine Driver of the Year. Allison also won the 1993 IROC title posthumously as Terry Labonte drove the final race in his place. He was inducted into the International Motorsports Hall of Fame in 1998 and will live on as one of Alabama’s racing legends. 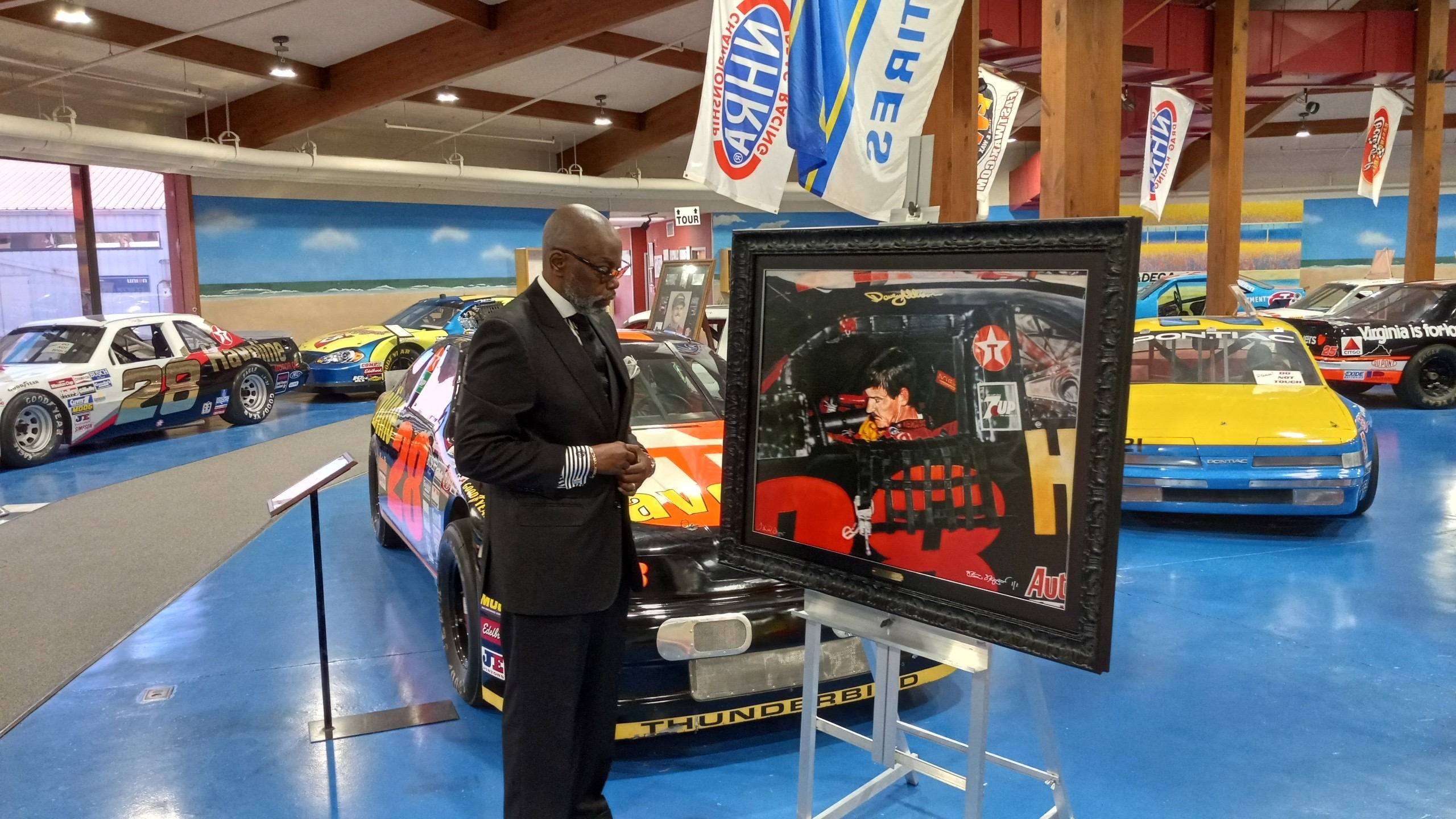 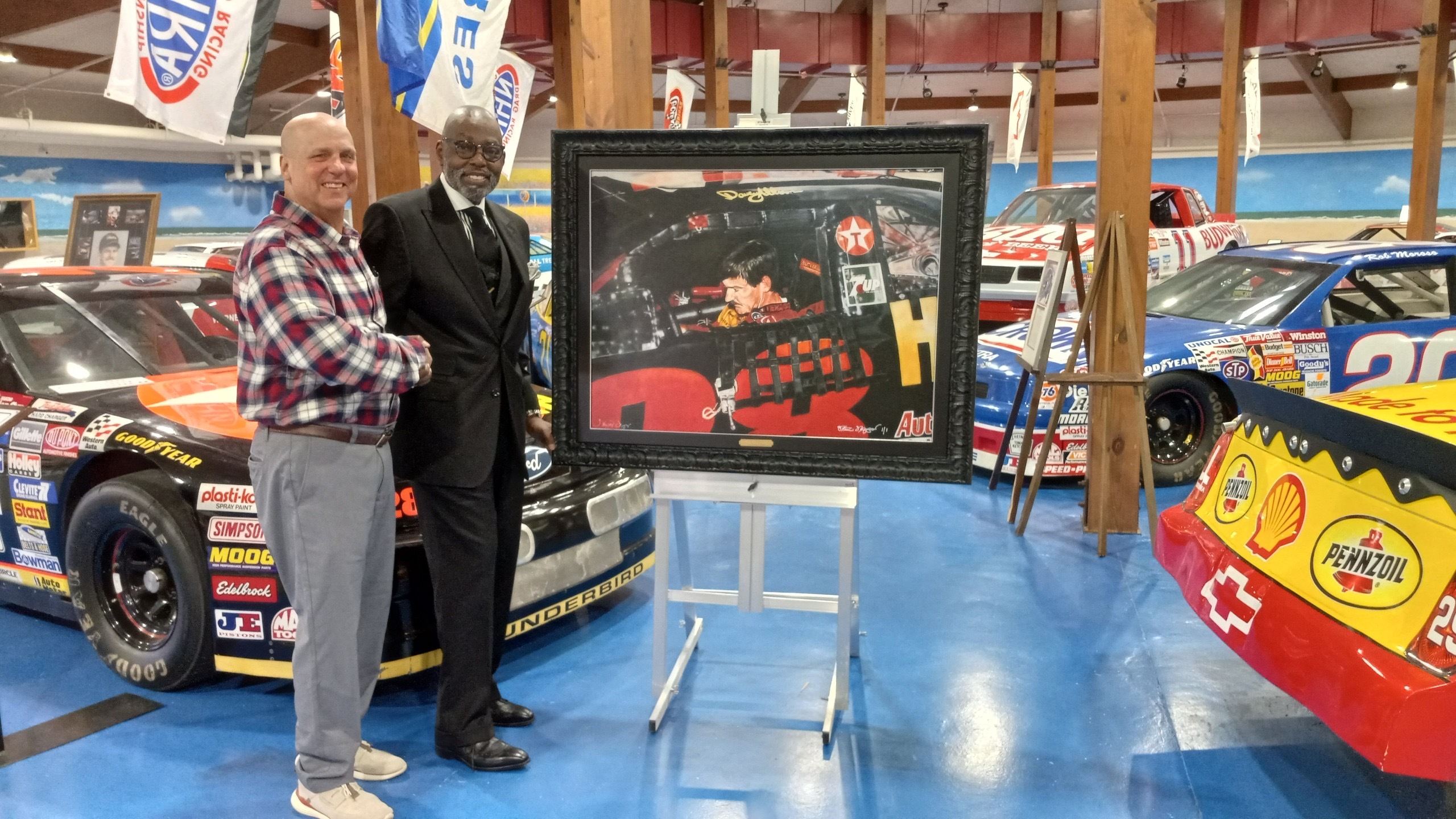